Vinnie met L-Zard while wandering away from Shake-A-Leg's television studio, after he failed to impress the judges and considered giving up on dancing, for being just a pet lizard. L-Zard heard Vinnie talking about being a dancer and decided to take him to his crew's place to cheer him up.

Lazy Susan was possibly named after a 1991 short story by Nancy Pickard while Ted Dancin's name is a reference to Ted Danson. L-Zard resembles Ali G.

They were designed by Kora Kosicka.[3]

They help Vinnie to get his groove back in So You Skink You Can Dance, when the Shake-A-Leg judges make him sad about his dancing skills. They also help him to get back to the television studio to help Blythe.

They go to visit Vinnie in Tail-Rave-Ium, in which they take a shelf stereo to Littlest Pet Shop and once again get his mood up, by having a rave in the shop. When Vinnie's tail falls off during the dance, they are shocked. However, it then starts to wriggle around, which catches their interest, so they decide to let their tails fall off as well.

There is an unnamed iguana toy in the appearance of Ted Dancin'.[4]

In February 2014, a toy of Lemonface on a skateboard was shown at Toy Fair 2014 as part of the Franchise Re-Invention. It comes bundled with Russell in the Pet Day Camp Style Set and attributes her the name Lemon Face McGils. 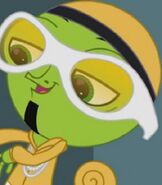 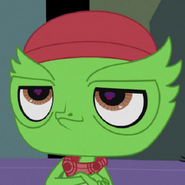 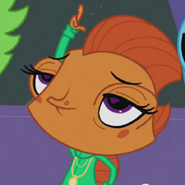 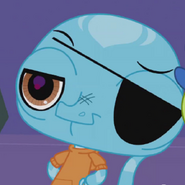 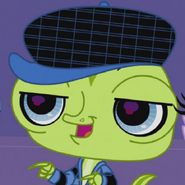 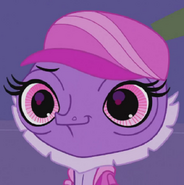 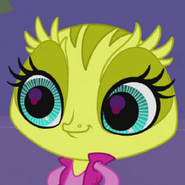 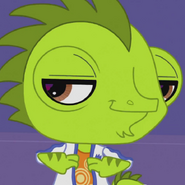 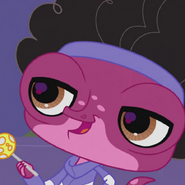 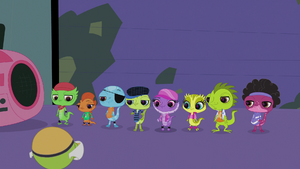