Mrs. Twombly is desperate to get everything ready for the grand opening of Littlest Pet Street. Meanwhile, Blythe, Roger, and the pets try desperately to get off the island. 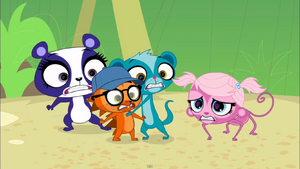