Plane it on Rio!

Plane it on Rio! is the twentieth episode of the second season of Littlest Pet Shop and the fourty-sixth episode overrall.

Blythe and the pets compete in the Carnival parade in Rio. But an old nemesis shows up as well, determined to defeat them.

Main article: Plane it on Rio!/Transcript 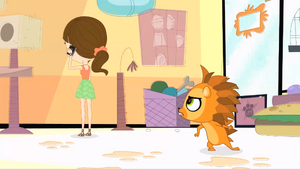 Click here to go on Plane it on Rio! image gallery